Grieving Suns – Tears of the Stars I 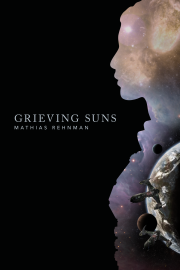 Marcus Eriksson is generally considered a bright boy – with one problem: He is not a people person. His choices led to him being put into a rehabilitation program, until one day he is approached and offered a clean slate, alongside a job offer that sounds like science fiction come true.

Elsewhere, a young Reiko Yoshida, entangled in the midst of a secret fleet only few on Earth know about, chooses to follow the very footsteps her mother had laid out almost two decades earlier.

Soon, by skill and sheer audacity they find themselves paired up, training to become Blue Lions – the very heart of Earths fledgling fleet. Both quickly learn that the galaxy is a bigger and far more dangerous place than either of them had imagined – a galaxy in a state of cold war which could turn hot quickly.

The pieces are set, the players ready – until during a training flight the disparate pair discovers something that upsets the very foundation of the fleet…

Grieving Suns in the Kindle Store

Foundations of Hope – Tears of the Stars II

Foundations of Hope is the sequel to 2014’s Grieving Suns. It continues the story of Marcus, Reiko and the Blue Lions as the situation in the galaxy continues to deterioate. 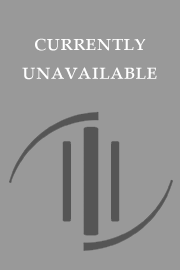 The dust has settled. In the wake of the humans’ victory over Earth the galaxy at large is still trying to ascertain how a former client species succeeded with something where so many others failed – standing up to their former masters, and live to tell the tale.

On Earth itself sentiment turns against their clandestine defenders, challenging a fleet trying to rebuild from the crippling losses incurred in defense of the planet. Marcus, Reiko and the Blue Lions find themselves juggling an ever growing list of tasks – from winning hearts and minds at home, to dealing with the incessant diplomatic feelers of the Yel seeking to bring Earths’ newfound might into their own battle lines.

And deep in Kessari space an old being turns its attention away from the everlasting conflict with the Yel, towards the fledgling world which defied the Ambassador, and thus the will of the machines…

Just another day in the life of Earth fleet – shortly after Kessari ships were wrecked in Earth orbit, the remaining debris became problematic: some too large to safely deorbit, others too valuable to let burn up. But one day Gene and Miguel get a bit more than they’ve bargained for…

About the madman
Fanboy and a nut moonlighting as an author. Creator of 'Grieving Suns', first book in the Tears of the Stars Series.

A fascination with people and languages aside this person enjoys a variety of SciFi, a range of books and wastes far too much time pondering the merits of Heisenberg compensators.